‘Chromatic Sampler’ provides evidence of the most common colours of plastic found on the shores of the UK, mainly the North Kent coast. With Black, Blue, Orange, and White being the most common and Red and Yellow less. Included within the work is a text describing a particular sample object from each of the colour samples. 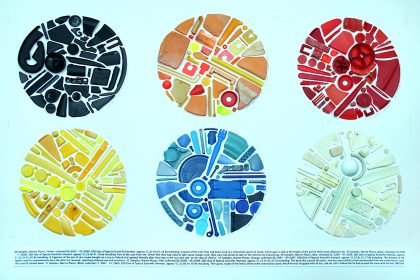 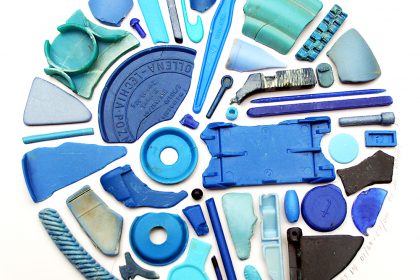 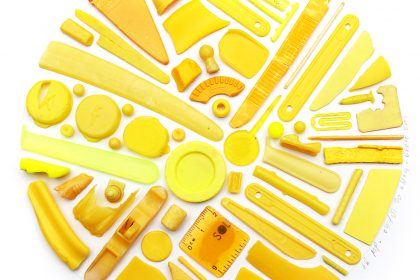 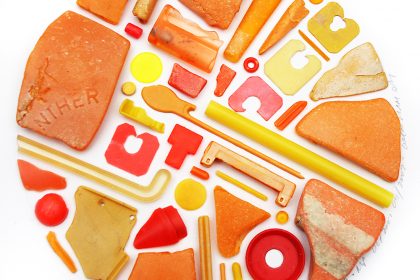