The Whitley Cup (Handle and Strapping), 2011

The handle and relating strapping from what is now known as The Whitley Cup, thought to have belonged to ‘The Wessex Culture’ of the Early Bronze Age.

Found in 1986 by school boy H Fury amongst a pile of stones and rubble (possible cairn and secondary burial site), near an unconfirmed yet documented Bronze Age barrow 1 km South of Reading in the Whitley area.

Present is the handle and strapping hand crafted in the design of a Sea-Wyvern (a winged and fish-tailed reptilian creature of legend), reconstructed around a plaster reproduction of a traditional ceramic handled ceremonial cup. Such drinking vessels as in the case of The Whitley Cup were objects of status amongst Bronze Age warriors and would have been used almost certainly for the drinking of alcohol, probably beer or mead.

The Whitley Cup pieces have been remarkably crafted from a little known resinous compound (Arbor Creta Putty), which when hard has a similar consistency to that of modern plastics. WASL document it as being created by mixing heated tree resins with powdered chalk and bone ash. This creates a malleable paste or putty that can be moulded over a former and worked until it cools and hardens, with further possibilities for carving detail.

Wessex Archaeological Society is a Registered Charity No. 6932091514 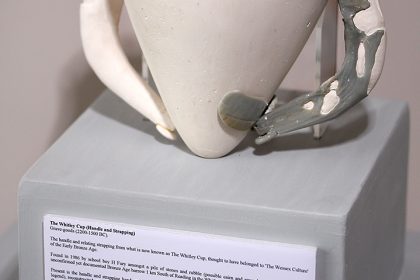 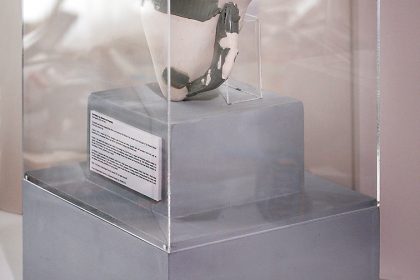 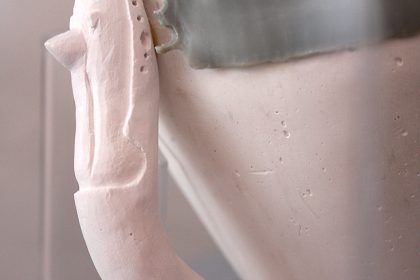 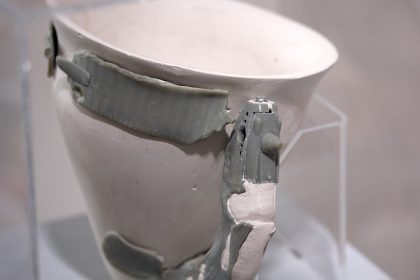 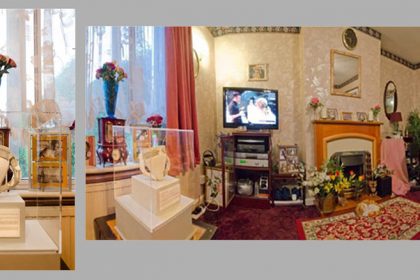